Tony Simmons is a junior member of the Faculty of Humanities and Social Sciences and has pursued a troubled and an undistinguished career at Athabasca University since 1981.

Tony's academic interests include classical and contemporary social theory, race, ethnic and minority group relations, war and armed conflict, postcolonial studies, organizational theory, as well as social epistemology and the philosophy and history of science. He is the author of Revitalizing the Classics – What Past Social Theorists Can Teach Us Today (Fernwood Press, 2013); and has also  recently contributed Chapter 1: “Sociology and the Study of Society–Revitalizing the Classics”, to the textbook, Understanding Societies: Readings for Introductory Sociology, edited by Gillian Balfour (Fernwood 2012). He is also a joint author – with Albert J. Mills and Jean C. Helms Mills - of Reading Organizational Theory: A Critical Approach To The Study Of Organizational Behavior and Structure (University of Toronto Press, 2005, 3rd edition). He is currently working on one other book: Restless Ideas: Social Theory for the  21st Century (forthcoming). Over the past several  decades, Tony has been arrested several times for unlawful assembly, disorderly conduct and criminal trespass. Besides his involvement in the local antiwar movement, he remains actively opposed to militarism, racial profiling, detentions without trial, and to the legislative suppression of civil liberties in Canada. His favorite pastimes include existential self- reflection (aka “navel-gazing”), mountain backpacking, jogging, and competitive recreational drinking. He has two failed marriages to his credit and an unconsummated relationship with a cat named Chairman Miaow. He continues in an uphill struggle to align his personal practice with his political theory.

Tony is responsible for coordinating the following courses in the Sociology programme at Athabasca University:


THE PERILS OF THEORETICAL PLURALISM 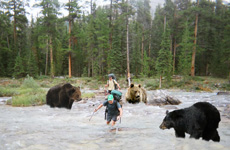 Tony is responsible for coordinating the following courses in the Sociology programme at Athabasca University: